Good evening everyone! I was able to get a bit done this morning.. Then I took Bailey to her Lacrosse game. She was goalie for the second half of the game. At the half it was them 4 and the other team 2. The game ended at them 7 and the other team 2. Bailey did not let them score on her! She did great :)  She is rusty in places and she is ready to get back to work, but she did well! When we got home, Michael rang so I went and picked him up and took him to the Urgent Care. The doctor cut away the ingrown toenail and I went and picked up some antibiotics for him. When we came home I told him to go soak in the bathtub in the hottest water he could stand. I've given him some Neosporin and Band-aids as well so he can cover it. I'm hoping it will heal right and he won't end up with another one. He has school tomorrow, so I told him that he needs to cover it when he goes to school and then when he gets home take everything off and let it have some air until he goes to bed. He doesn't work tomorrow, so that is a good thing.

That was it ... Family stuff and a bit of crafting! Now I'm just exhausted and I can't believe I have to go back to work already! I'm hoping I can get a little bit more coloring done tonight. We will see! Here is my ATC I finished:

This is Frost Dragon from Rick St. Dennis. I've colored this with Copic Markers. I did not do any layering with this image. I've added Wink of Stella clear on the jack-o-lantern and the dragon. I've used all scrap papers and did a bit of distressing to the two rectangle patterned paper pieces. The web ribbon was added and one black bling. I also did some ink on the kraft base. Pretty simple ATC! 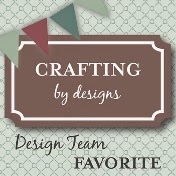 This ATC turned out so great! You have this art form down!! Thank you for sharing!

Awesome card. Thanks for linking up over at 2 Creative Chicks

Fabulous card! Thanks for joining us at PP xx Jan

Great ATC! Fab design. Thank you for joining us at Not Just Cards this month. Hope to see you back here again soon. Judy DT

Thanks for joining the 3 Girl JAM designers!! What spookalicious ribbon!!

Thank you for joining our “Anything Goes with Ribbon” Challenge this month at 3 Girl JAM.

awesome thanks for playing at Sparkle and Glitter

This is awesome! Your ribbon on the bg is wonderful. Thanks for joining us at 3GJ!

A wonderful Halloween ATC card!
Thank you soo much for taking part in our "Halloween” challenge over at Creatalicious & good luck in the draw.
Hope to see you again in our new challenge as well…

WOW! This is extraordinary! I just love that image! SO spooky and cool!! Thanks for entering at 3GJ!

What a fabulous ATC! Gorgeous! Thanks for linking up at 3 Girl JAM Challenges!