Merry Unbirthday To You, Yes You!

Good morning everyone! I have been able to get some crafting done, but haven't had time to set up any posts :)  So, I made a point today to set up some posts. So.. here is the first one :)

I was sick all last week... I can't decide if it was a cold or allergies. I've never had allergy problems in the past, but now that I'm getting older... Just maybe?  That would really stink!! But I'm feeling better this week. Still a bit runny, tired, clogged head, but not like I was last week. And I'm hard at work every day... so it's nice to take a little break and have some me time :)  Even while I was out sick I was still working!

What else has been going on? The kids are out for Spring Break this week. Nothing big planned; we didn't going away or anything. They are both hanging out with friends a bit though, so that is good. Bailey and I went to a Kennesaw State University Girl's Lacrosse game on Sunday. That was a lot of fun! And then she got to talk to a couple of the goalies and they were great! My sister came down and saw the kids yesterday. I think she may pick them up another day this week; not really sure.

Other than that... I'm trying to keep on crafting. I've finished some cards and a canvas. I'm trying to finish up some Mother's Day Cards to get up on Etsy. Alright.. enough of me rambling and on to today's card: 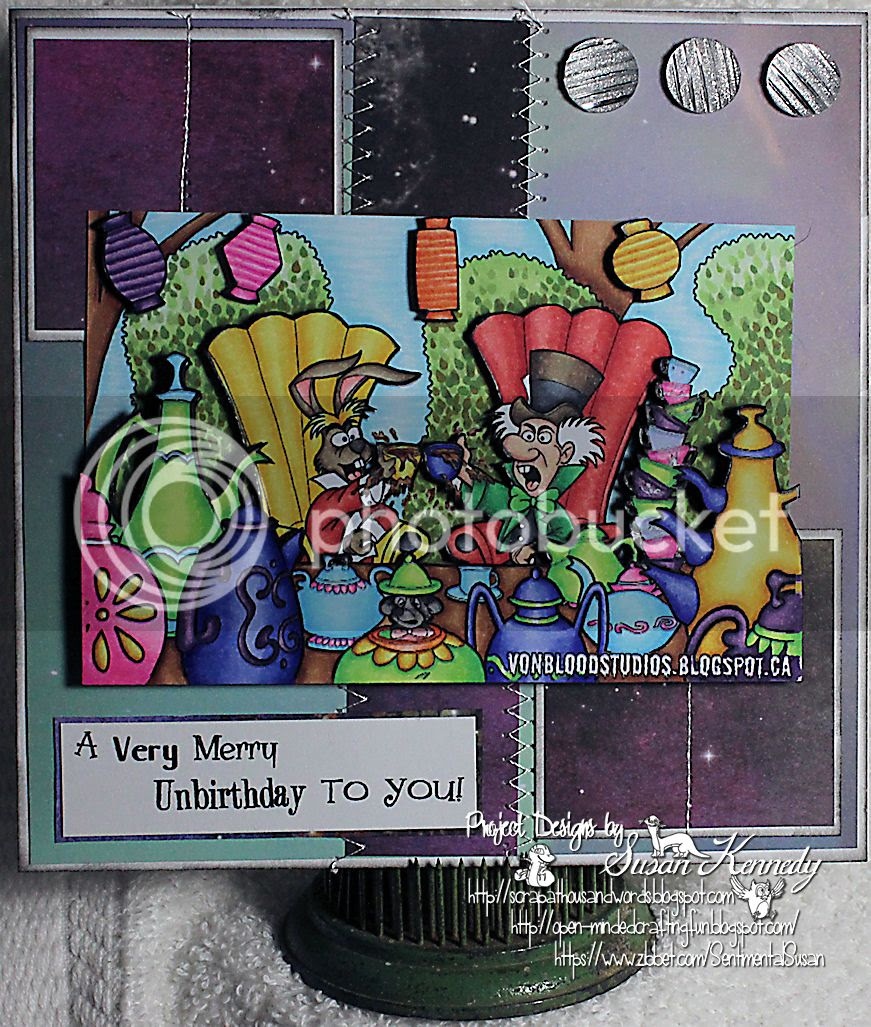 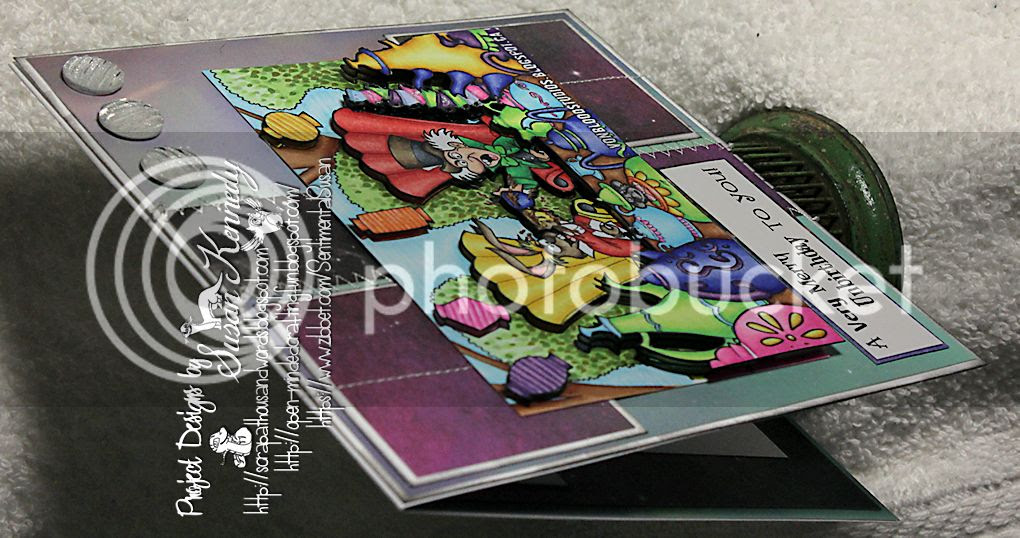 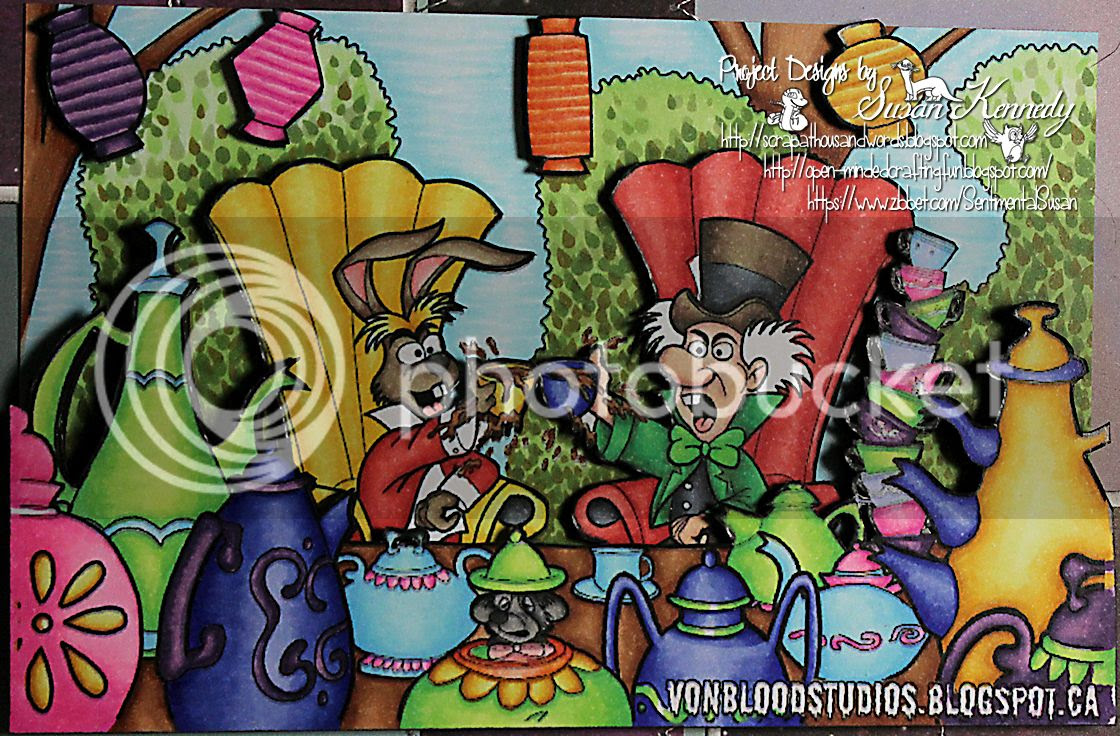 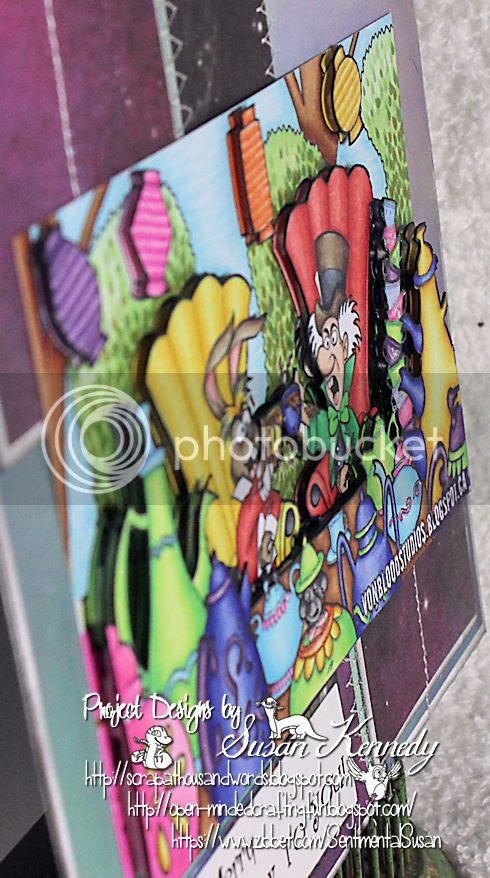 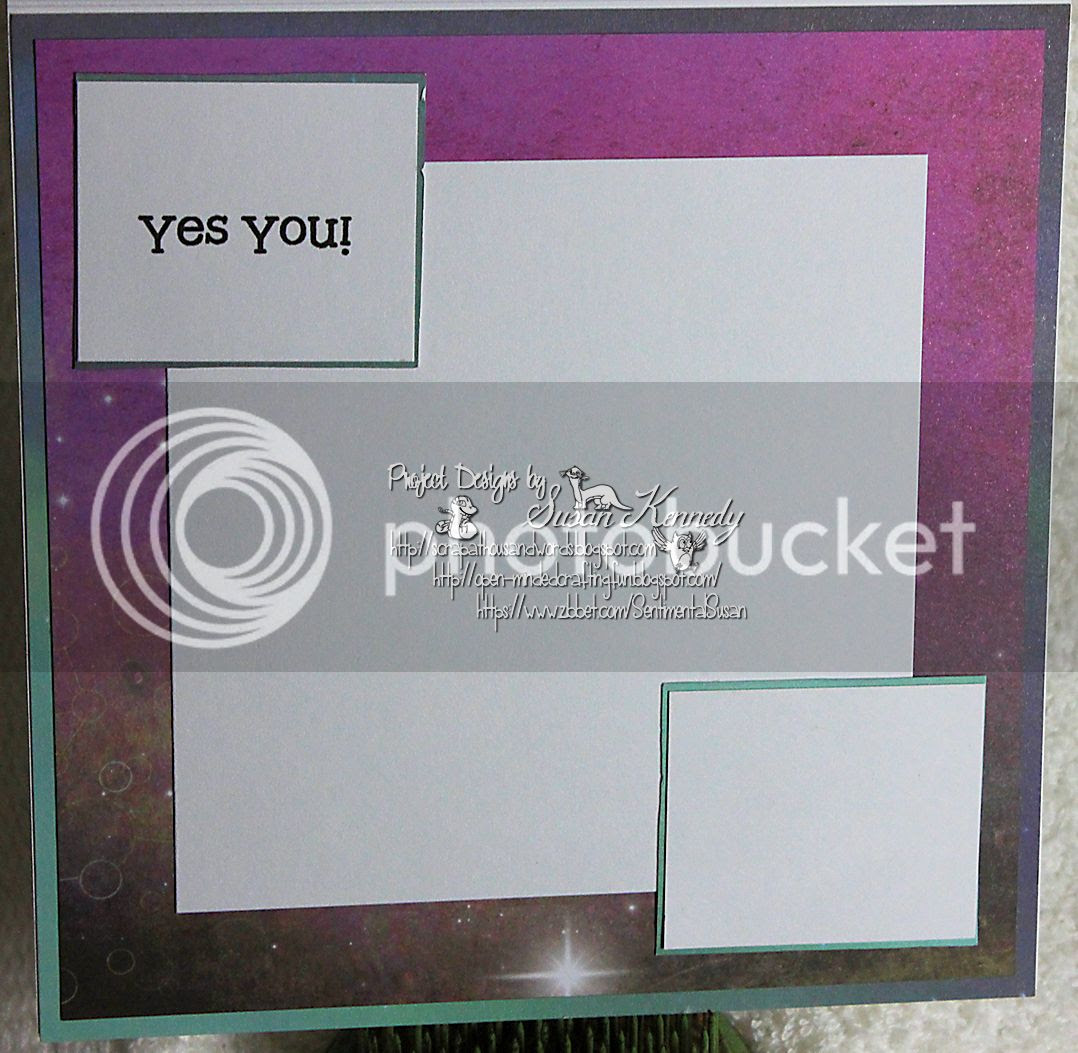 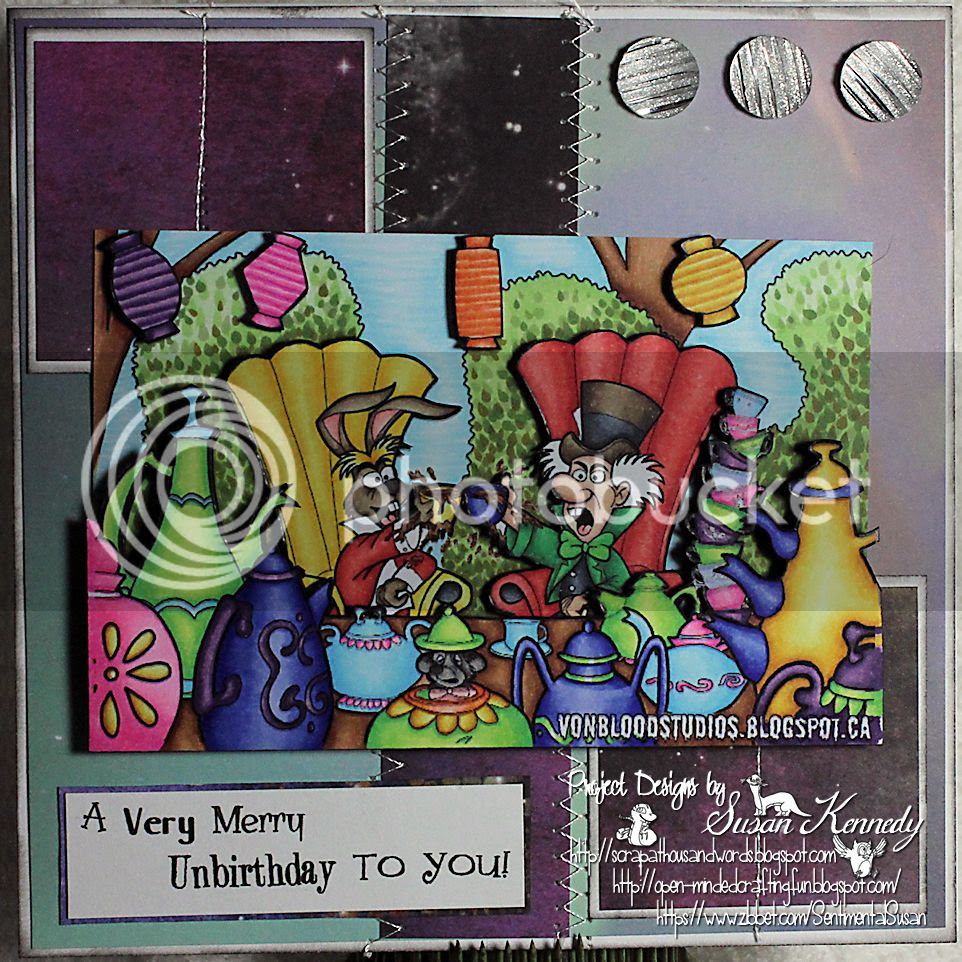 I made this card for my daughter... who gave it to her boyfriend. This has become a yearly ritual :) She comes up with an idea and let's me know and I create a card for her. She wanted to give him an Unbirthday Card on the day before his birthday HAHA!! So, here is the Unbirthday card that I created.I used Copic Markers on this one and did layer it several times. I tried to make it nice and bright and colorful. I did add a bit of stitching to the card, some inking and the bling. The sentiment on the inside and outside were created on the pc and printed. And that was it... pretty simple. It took me a lot of time to color and layer! And then she gave it to him on the day before his birthday, which was April 1st.

Gorgeous card love the image and your card design. Thanks for joining us at CHPPC, good luck with the challenge. hugs Shirleyxxxx

Fun card! I'm loving the bold colours. Thanks for joining us at Little Red Wagon.

A fabulous card Susan, a lovely design with beautifully coloured of the adorable images with the colouring of the gorgeous and super details!!

hugs
Heather xx
Thanks so much for joining us with Simon Says Wednesday Challenge.

Lovely card, thanks for joining us at Inspiration Destination. Wendy DT x

What a fun card and i love the madhatter! Thanks for sharing your card over at our catch the bug challenge.

What a fun image and love how colorful it is! Sorry you have been sick, it's always hard to tell allergies and colds apart, it's the season for both, so who knows...Good luck with creating for etsy, I need to get a few cards made up for etsy too, but somehow lost my mojo while my kids where home for spring break and it hasn't returned yet.
Thanks so much for playing along in my Let's Color Linky party.

Thank you so very much for joining in our latest challenge at Catch the Bug! I love your project. I hope you will join us again very soon!

This is lovely, thank you for sharing with us at Penny's ..And good luck.

what a fab creation. i hope the boyfriend was pleased as i can see how much work went into creating this card. great colouring too. thank you for sharing it with us at TTCRD and good luck, Theresa DT xx

What a fun idea and beautifully realised
Thanks for joining us at Craft your passion challenges.
Happy crafting!
Catherine ( DT ) x

What a fun idea and beautifully realised
Thanks for joining us at Craft your passion challenges.
Happy crafting!
Catherine ( DT ) x

very cool card. And a great idea for his non bday card. !!!

Thanks for joining us at Inspiration Destination Challenge

Adorable. Thanks for joining us at Craft Your Passion.

Thank you very much for joining us this week at the Simon Says Stamp Wednesday Challenge Blog!

What a fabulous unbirthday card! Great image and design, love the wonderful bright and bold colours! Thank you for joining us at Crafty Calendar this month.
Chris
x

I love this. It made me chuckle! Thanks for joining us at leinzlovetearbearschallenge.blogspot.com.