Good morning everyone! I hope you are going to have or have had a wonderful Monday! I can't believe Monday is here already... how sad! I did not get much crafting done this weekend. Instead I was working on the Open-Minded Website... getting Title graphics ready for the next year and setting up posts for the next year. If I get it all set up now it makes it much easier when it is time to post! So, I made myself work on that. I also got the Design Team call posted as well.

As for other stuff...  I spent the latter part of Saturday afternoon helping Bailey get ready for her Homecoming dance. She looked beautiful, but she always does. I couldn't believe how nervous she was too! And it seems like she had a really nice time. Although she came home saying that she was a typical white person and had no rhythm and couldn't dance! LOL  I told her that wasn't even possible!!  I danced from 5 years old until I was 16 years old. I still have rhythm... there is no way a child of mine can't have rhythm LOL  It's just not possible!!  I told her we would have to work on that!

Then Bailey had a Lacrosse game on Sunday afternoon. They won that game, but she didn't play goalie for that one. She did play in the field a bit though. They were short a bunch of people. I need to help her goalie train more. But I come home, I take a shower, I change into my bed clothes and hunker down to craft LOL  I need to set some time or something.

Michael... he worked all weekend and he worked long hours. I actually went to check up on him last night... concerned he was over doing it. He is only 16 years old though... I guess he is fine!  He loves earning money!

Other than that... Friday Kevin and I went to a movie late afternoon and saw Goosebumps. It wasn't bad .. it was nice to get out and do something with him; it always is! He did some research on being a drive for Uber and figured out there is really no way to make money doing that even though it sounds like a great idea. With the wear and tear on your car, the gray areas with insurance, well... it just ends up that you don't make any money.

Oh!!! And we had a weekend of MotoGP racing and Sunday's MotoGP race was AMAZING!!!!  It was the best race I have seen... really fantastic!!!  They were in Australia for this race and it was four of them through the whole race fighting for the front. And they fought all the way to the end!!  And my boy... Marquez, pulled it off in the end!! I couldn't be more excited! It was an exciting race!! And another of my favorites, Iannone, pulled out a 3rd place in the end!!  And!!  He hit a seagull at the beginning of the race and you saw the HUGE hole in the ferring at the end of the race! It was such a great race!!  Okay.... enough of my rambling!! :D  On to what I finished up this weekend.

The first photo is the before picture and then the after photos: 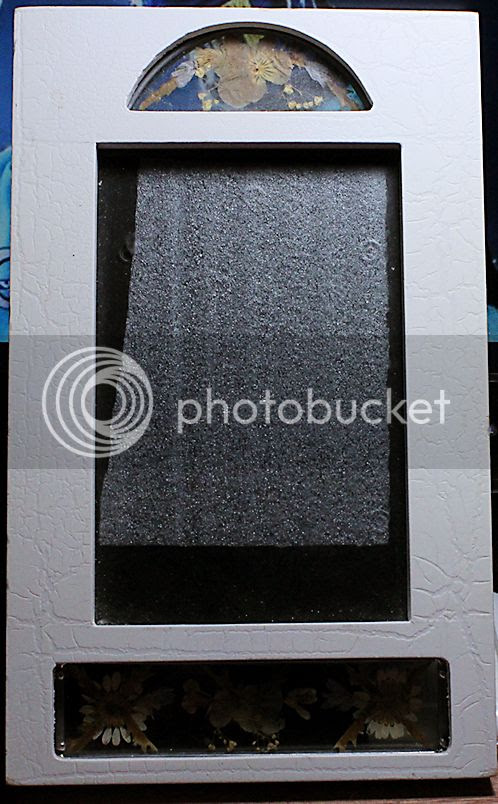 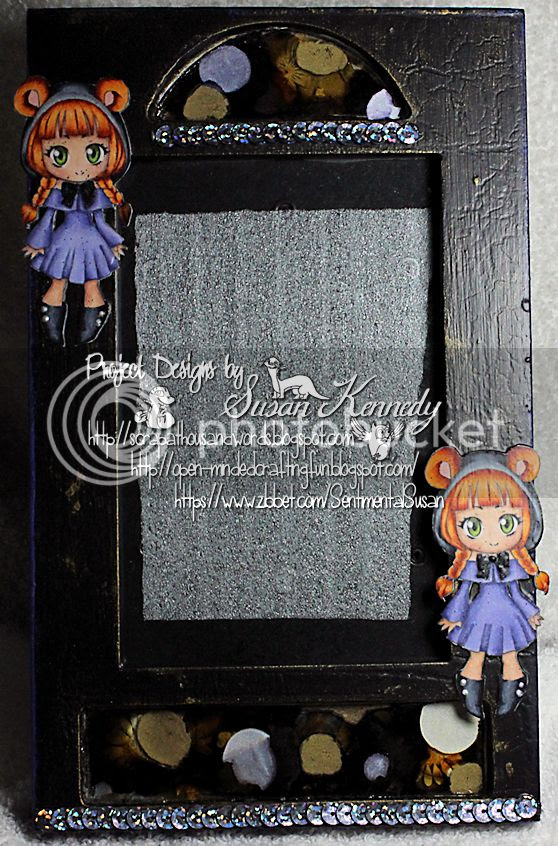 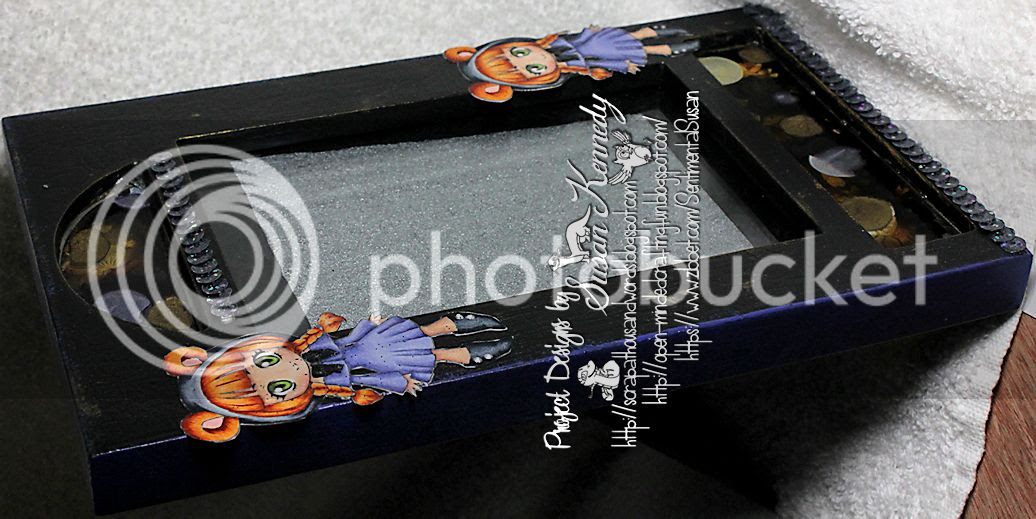 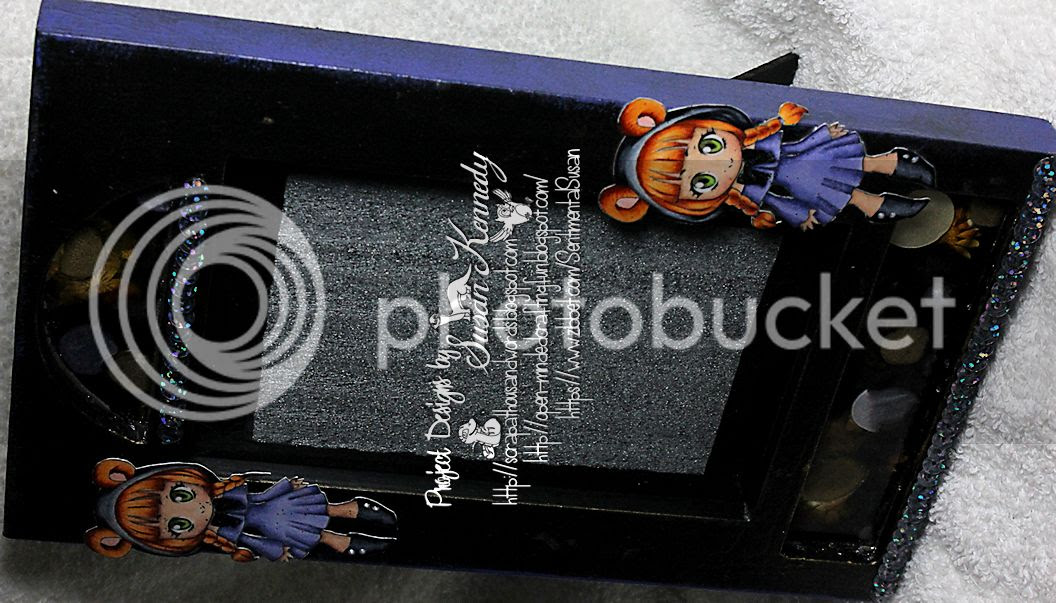 So, I got this frame at Goodwill and bought it so I could change it. I took an image from Sweet Escape Digis and it is Berenice. I took the frame and took some sand paper to it. Then I cleaned it up and painted it with black paint. I took some purple and blue paint and mixed them together to get a match on her dress and painted the sides and then took a wet sponge to it to give it a bit of a textured look. I also added some gold to the frame to add a bit of sparkle. I added the two images that were colored with my Copic Markers. Her bow was black glitter. I also added some threaded sequins to the frame for additional shine and sparkle. The two glass pieces in the frame were removed and I used alcohol ink on them. I used some purple, orange, pearl and gold on those and then put them back in with some clear silicone. Then the entire thing was covered in three coats of Varnish to protect it.

Awesome recycled frame! Thanks for joining in at JUGS!

You have made a lovely picture frame, the image is so cute, lovely layout too. Thanks for joining in the 'Anything Goes' challenge over at CCC Digi Creations. Hope you can join us for our next challenge and Good Luck. Diane Louise (DT)

Thank you for taking part in our art by miran challenge,
I very much enjoyed looking at your project and all
the time and detail you put into it, good luck hugs tracy

Oh my goodness.. this is gorgeous! I love this so much, what a beautiful keepsake treasure! Beautiful frame~
Thanks so much for joining us this week in our Funday Friday challenge at Jo's Scrap Shack! Have a wonderful day!!
Hugs,
Jo
♥ Jo's Scrap Shack ♥

Love your beautifully colored little girl! Thanks for joining us at Just Us Girls!

Great job on that frame and what a cool find it was! Love the little girls. Thanks for playing with us at JUGS!

Beautiful frame. Thanks for linking up over at 2 Creative Chicks

Lovely altered project. Thanks for joining us at LPCF.
Rose DTx

Fun frame. Great job!
Thanks for linking up over at 2 Creative Chicks
:) Janis

Great frame! Thanks for joining us for Ch. #96- Halloween Colors. We hope to see you again soon!
Kerri – DT for Simply Create Too

wonderful frame and the girl is perfectly colored! :)
Thanks for playing along in the 613 Avenue Create Challenge.
Hugs,
Natalie
INKognito

what a fantastic way to upcycle a picture frame.
Thank you for joining us at The Crafters Cafe challenge.