Good morning! I hope you all had a WONDERFUL Christmas!! We had a really nice Christmas with the family. Michael had to work on Christmas day, so I took him down to see my sister and mother on Christmas Eve. He opened all his gifts and was able to spend time with them. Bailey is in California of course, with her father. On Christmas Day, we dropped Michael off at work and then headed down to my sisters. We spent a lot of the day down there. We had lobster tails and steak for dinner. It was beautiful! Then we headed home, thinking that we had to pick up Michael a little after 4 pm. He didn't get home until much later.

Then on Sunday night my oldest daughter came back. She had an eye appointment yesterday. She has some holes in her retina which can cause a retinal detachment if not treated. She will need to get laser surgery on her eyes. She also has to do some special testing on her eyes. She is going to Colorado right after the 1st of the year, so her test is set up for the 12th after she returns. Then the first eye will have surgery on the 26th and the 2nd eye will be done on February 9th. She has always had terrible eyes.

And after spending the day with Taylor I realized she has this terrible cough. When I asked her how long she has had it she says.. a while! So I told her I was going to try to get her in to see the doctor today. I'm just waiting until they are there to call in. I'm hoping they can get her in this morning. I know she wants to go back home. So that is it for us. I'm trying to enjoy my last week off. Getting the Open-Minded Crafting Fun challenge ready for the 10th of January and trying to get some crafting and coloring done.

For this card I've used Gift Stack Teddy which you can find in the From The Heart Shop. I've colored the image with my Copic Markers. I've done a small bit of layering. I've also used some clear Wink of Stella to give some of the gifts sparkle. I did a bit of distressing on the papers. All of these papers are scraps. I did a bit of hand stitching on the image. I used Snow Marker for the white parts of the hat to add some dimension there. I added a charm there as well. I've added some thread with beads and bells across the top of the card. I also added two light blue snowflake eyelets. I used the same papers, all distressed, on the inside as well. 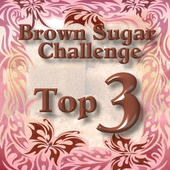 Wow, Susan there are so much elements on your card ! Love the blue Bear - mostly it is brown ;-) and the glitter on the packages, the beads and bells- just great !

Thanks for joining our FREE Stamp of the Month Decemeber Challenge @ Form the Heart Stamps !

Such a fabulous card, I love the little bells, so cute!

I’m back! what with being off colour and then computer problems it’s been a bit of a pain on all counts, but things have improved and I’m back to cheer you on with your lovely creations. All my BEST WISHES for the NEW YEAR too!!
Hugs Jacee
Simply Paper Card Design

Cute card. Thanks for joining us at CHNS patterned Paper Challenge this month.

Super cute!!! Thank you for joining us at Our Crafty Corner, good luck!!! Amy DT

Fabulous card. Love that little jingle bell banner! Thanks so much for joining us at Let's Craft & Create.

Lovely card and such a cute bear. Love the colour have chosen to colour him in with. Great backing design. Thank you so much for joining in our challenge at Whoopsi Daisy and good luck in the draw. Hope the eye operations go well. Jennifer DT member x

Cute card, thanks for sharing with a snowflakes Promise!

Wishing your daughter a speedy recovery after she has her surgeries, and hoping Taylor gets better real soon too.
You've been so busy, yet still found the time to make this fantastic card! Kudos to you, and there is so much to look at, it's truly wonderful.
Thank you so much for joining in the fun at From The Heart Stamps' SOTM challenge... Happy New Year!
Jo xx

Great card! I really like those bells. I hope everyone recovers nicely. Thanks for joining us at Melonheadz Friends.

Very cute card. Love the details. Thank you for join us at Come and Get It this week. Happy New Years. Hope to see you back here in 2016. Judy DT

Thank you for taking part in our Art by Miran challenge, your project is so delightful and delicate,
and is a joy to look at .. good luck hugs tracy

So beautiful. Thanks for joining us at That Craft Place, Nicola X

You included so many fun elements on this card but I really loved those hanging and beaded jingle bells - very cute. Thanks so much for joining us this time at the Pile it On challenge, Elizabeth (DT)

Your card is wonderful!
An adorable image and beautiful colors.
Thanks for joining us at Stampavie and More.
Anne