Happy Monday everyone. I can't believe its Monday already. Its just been one of those months. The alternator in the van went out. Kevin was able to change it out, but it still wasn't cheap just for the alternator! When it rains it pours.

Enough of my whining... lets get on with the fun stuff :)  Today over at Tammy's Scrapin Corner we are starting Challenge #77 - Anything Goes!! Woot!! Here is my card for this challenge: 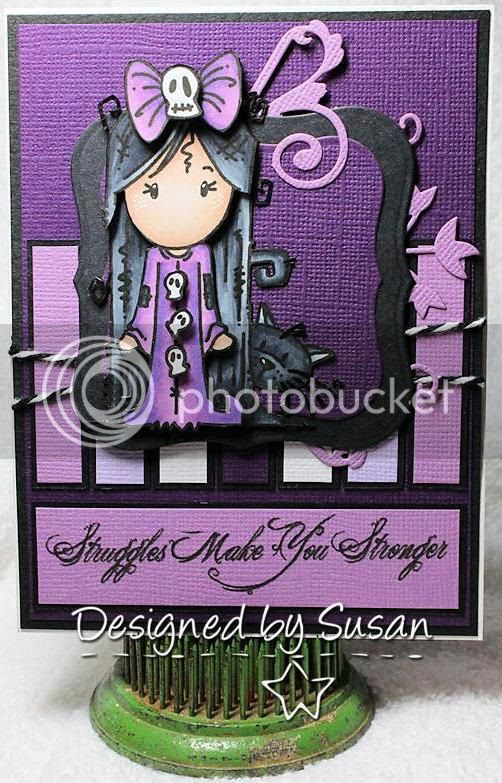 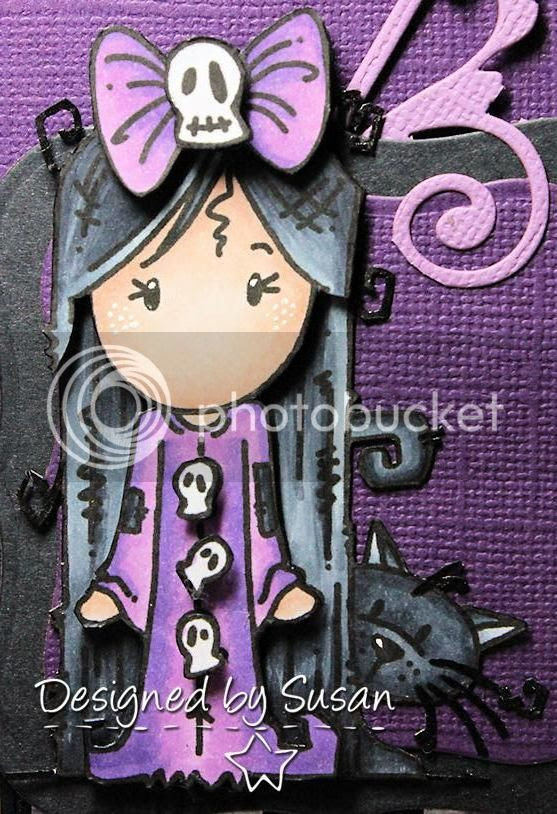 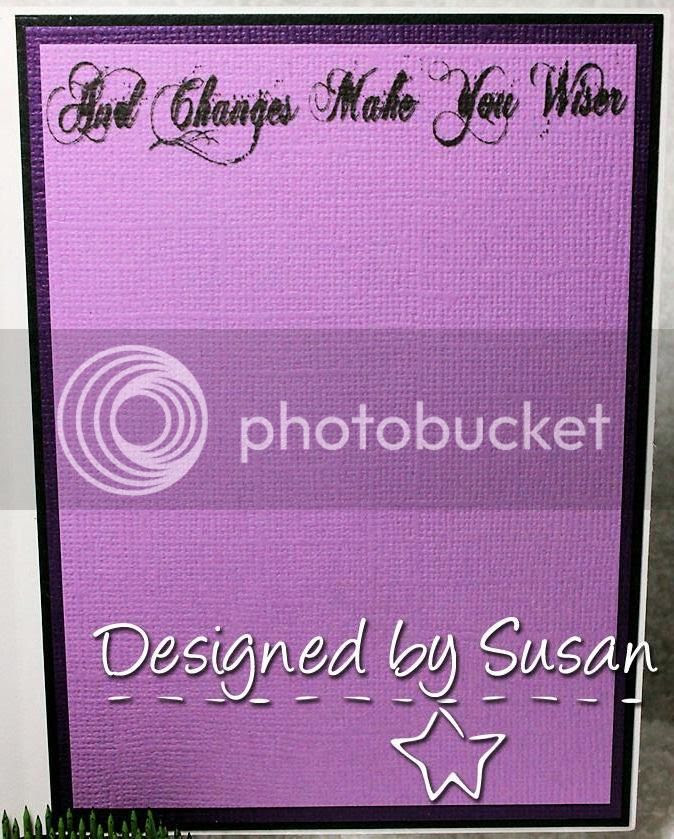 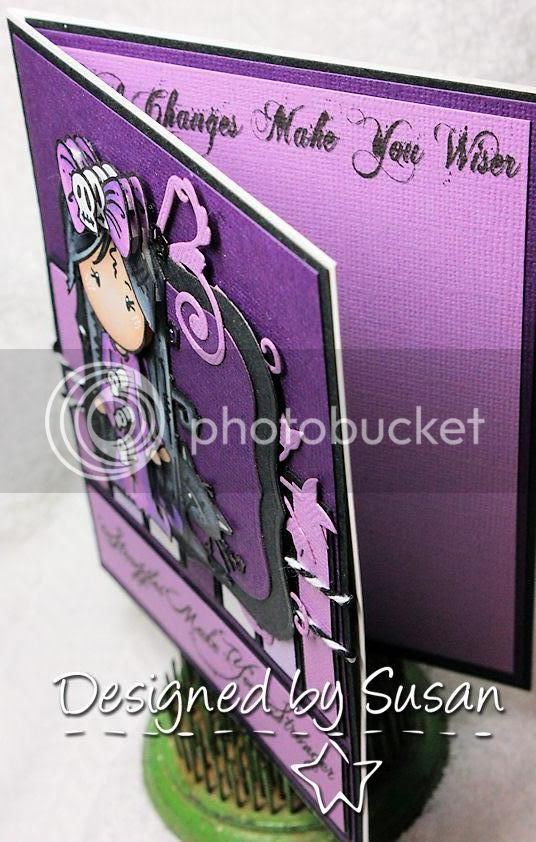 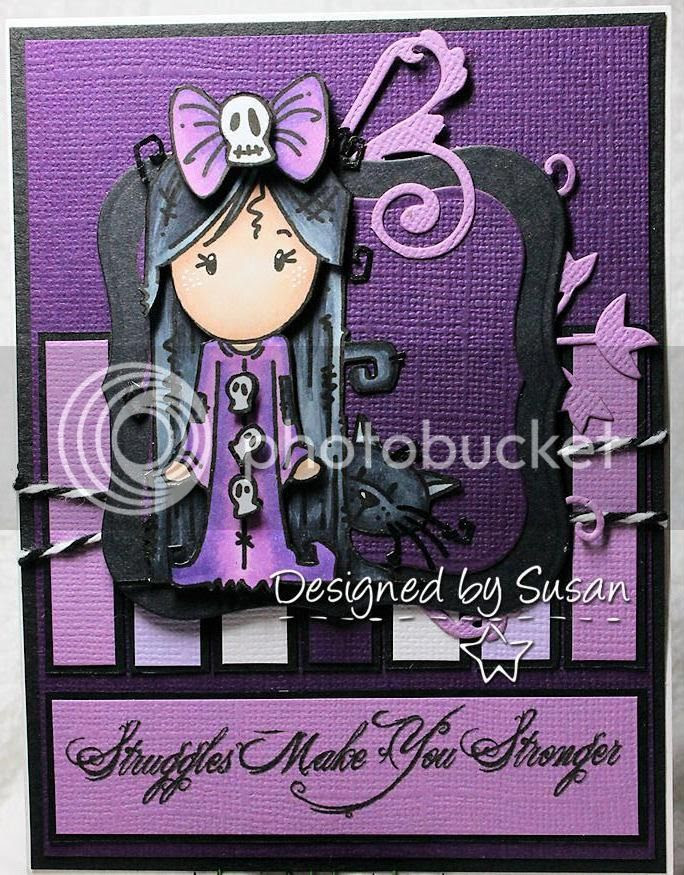 For this challenge I used Skull Girl and Kitty @ Bugaboo Stamps. I used shades of purple bazzill and some black. I used several Spellbinder dies. I used some twine, decoupaged the image and colored the image with Copic. The sentiment was made by myself and I'll be adding it to the Sentimental Susan section at Stitchy Bears soon.

Totally agree with the sentiment. Love the purples. This is so perfect for our OPTIMISM theme this month. Thanks for sharing your talent with us and good luck.
Optimistic Hugs
Desíre
{Path of Positivity DT Member}
{Doing Life – my personal blog}

Great creation ty for joining us at LOC

Such a lovely card.
Thanks for join us at Digistamp4Joy.

A cute card and great quote. Thanks for linking it to the Quotes and Sayings challenge at Country View Crafts.
hugs {brenda} x0x

Gorgeous sweetie, lovely the vibrant colours. Thank you so much for sharing your lovely creation with us at Paper Crafting Journey.

what a fab intake of our challenge over on divas by designs , good luck xx

Awesome, love the image and the colours, thank you for joining in with Divas By Design
Lindsay xx

Pretty in purple. Love it! Thanks for sharing with us at Penny's Crafty Challenge this week.
Hugs,
Jill

What a wonderful card! I ♥ the purple! The texture that results from all the layers you made is awesome!!

Thanks so much for playing along & sharing your project with us at Cuttin' and Stampin'! :)

Gorgeous card! Love the vibrant purples.. STUNNING! Thanks for joining us at

What a lovely card, thanks for joining in with our challenge over at The Cupboard Trilogy Challenge Blog

This is a wonderful creation with great details and perfect for our ‘Anything Goes’ challenge. Thanks for sharing your talent with us. Good luck.
Hugs
Desíre
{Digistamps4Joy DT Member}
{Doing Life – my personal blog}

So true! A fab purple and black colour combo and lovely dimension too. Thank you for playing along with us at Sketch Saturday. Do come and join us for another great sketch this week. Hugs, Lesley

You have had a difficult month, haven't you? All the more important to fight to keep an optimistic spirit and the sentiment of your card says it all. Struggles can indeed make a person stronger and optimism helps us to weather those difficulties that life throws at us.

Thank you so much for joining this month on the Path of Positivity. I'm so glad that you found my challenge and I hope that I will see more of your lovely creations in the future.

May you always have the strength you need to face each day before you.